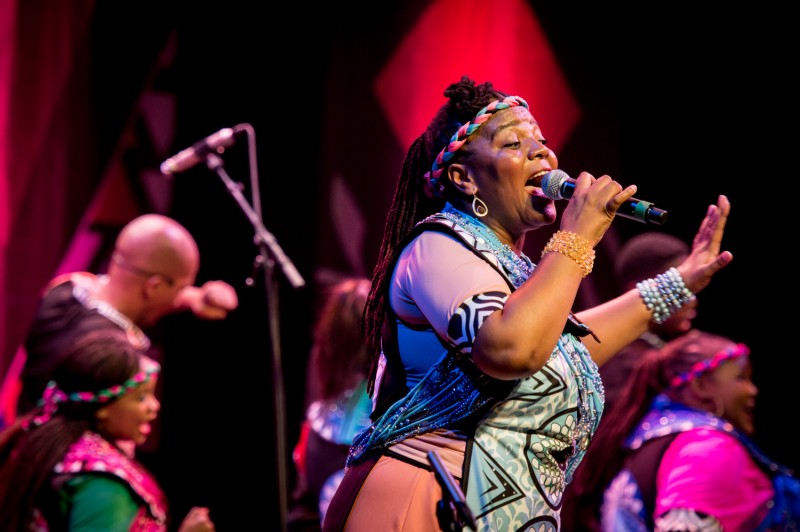 The Wisconsin Union Theater team will soon raise the curtain on its 2022-23 season of jazz, global music, folk music, classical music, and dance and has released three additions to its season: the Soweto Gospel Choir, American Patchwork Quartet, and PILOBOLUS "The Big Five-OH!.

Discounted packages for its Concert Series, which includes contemporary and traditional classical music performances, and Jazz Series, which features jazz artists on the rise, were released in May and June, respectively, and, as of Aug. 1, patrons can also purchase single tickets.

Planned in collaboration with student leaders in the Wisconsin Union Directorate (WUD) Performing Arts Committee (PAC), the season includes in-person performances along with an online attendance option for most events.

A consistent thread of extraordinary talent connects generations of performers across the genres the Theater will present in the lineup. Performances include the following:

New to the season, the Soweto Gospel Choir celebrates African gospel music and brings more than 50 artists from churches in and around Soweto, South Africa, together on stages across the world.

The following month, the American Patchwork Quartet will take the Play Circle stage at Memorial Union for a performance of American root music. Not holding itself to one genre, the ensemble weaves together the fibers of songs from America’s past.

Returning to the Wisconsin Union Theater, the clever and popular dance group PILOBOLUS will celebrate its 50th anniversary with a selection of pieces from its decades of awe-inspiring performances but with unexpected twists on traditions and witty surprises in its show aptly titled, “The Big Five-OH!”.

“This next season is part of our continued rise out of the pandemic, and it’s wonderful to offer both in-person and virtual options for our patrons once again. The classical and jazz music series are amazing this year, and we’ve sprinkled in three more special events with the return of dance to Shannon Hall with PILOBOLUS, some gorgeous singing and dancing by the Soweto Gospel Choir from South Africa, and a new folk and roots quartet, called American Patchwork Quartet, influenced by four different cultures,” Wisconsin Union Theater Director Elizabeth Snodgrass said. “And, of course, I’m super proud of last year’s Wisconsin Union Directorate Performing Arts Committee student leaders, who programmed this exciting season.”

Patrons can purchase tickets to season events online, by phone at (608) 265-2787, or in-person at the Memorial Union Box Office.

Prior to the start of the season, Carnegie Hall’s National Youth Jazz Orchestra (NYO Jazz) will perform a free concert on the Shannon Hall stage at Memorial Union on Aug. 7 at 7 p.m. as part of the Wisconsin Union Theater’s summer jazz offerings. Seating for this event is available on a first come, first served basis.

Before performances at Memorial Union, patrons can enjoy on-site dining options, including pub food in a historic space, called der Rathskeller; locally made ice cream at the Daily Scoop; or a beverage from the Shannon Sunset Lounge, which will be open on a limited time basis before select shows across from Shannon Hall.

The Wisconsin Union Theater team presents arts programming that prioritizes diverse art forms, curates world-class performing arts, and works to foster inclusive spaces. The Theater is part of the Wisconsin Union, a non-profit organization with a vision of serving as the social heart of UW–Madison, where all belong.