Some of the United States’ most talented, young jazz musicians will perform at free Wisconsin Union Theater-hosted event Aug. 7 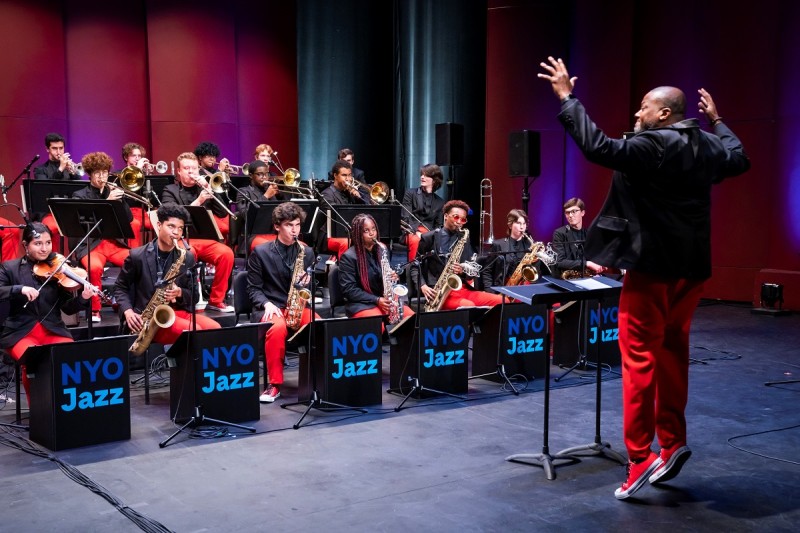 Seating is available on a first come, first served basis, and no tickets are required.

The performance features some of the most talented jazz musicians, ages 16-19, from across the United States, who take part in a music education program at Carnegie Hall’s Weill Music Institute with training from world-class jazz musicians. The ensemble includes a fellow Midwesterner and trumpeter Levi Rozek of Noblesville, Indiana.

The NYO Jazz program debuted in 2018 and provides young jazz musicians with free musical training as well as the role of serving as cultural ambassadors for the United States in sharing the American musical genre jazz through touring.

“This NYO Jazz performance on Aug. 7 is a chance to hear jazz legends in-the-making. These are some of the best young jazz musicians in the country,” Wisconsin Union Theater Director Elizabeth Snodgrass said. “We have such a strong supportive community for students in the arts here on campus and in Madison, which aligns perfectly with the mission of Carnegie Hall’s Weill Music Institute. Sean Jones leading the group and Jazzmeia Horn as guest soloist are icing on the cake.”

Patrons can click here to learn more about the NYO Jazz performance.