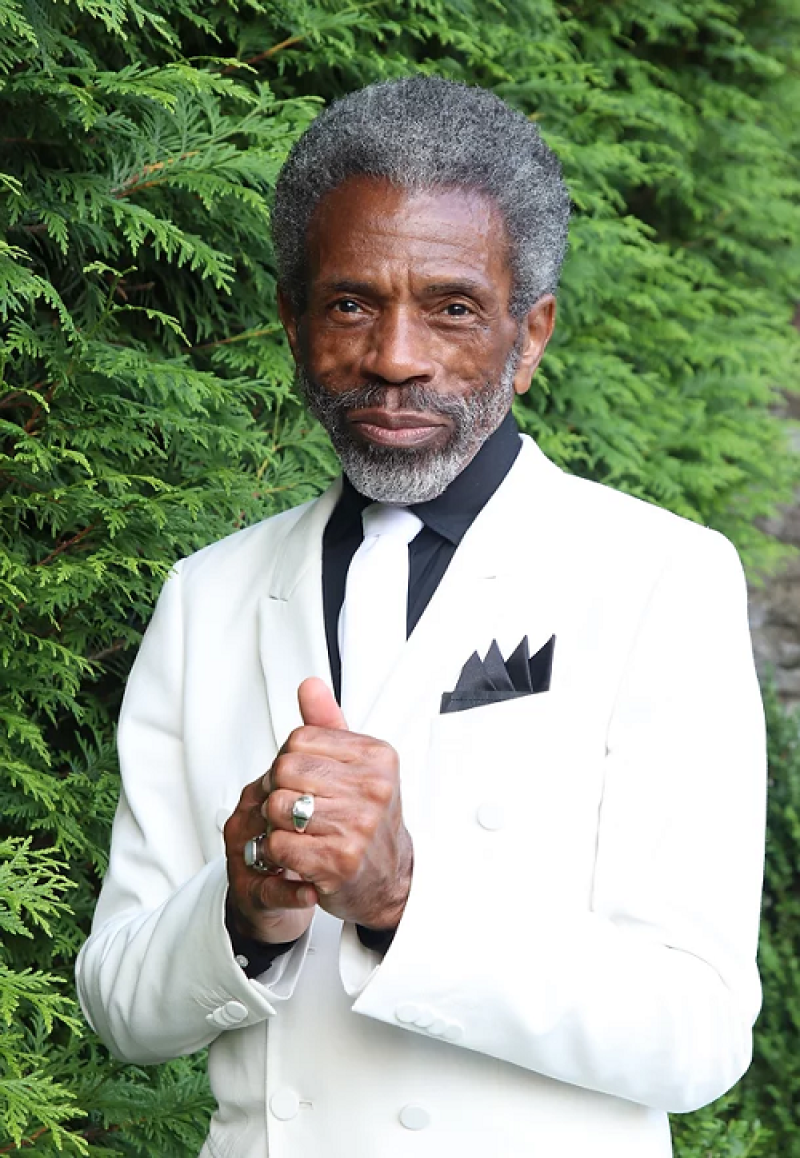 On a cold day in New York City in February 2020, Wisconsin Union team members and University of Wisconsin–Madison alumni had the opportunity to meet actor, singer, and writer André De Shields ’70 during a talk-back after attending “Hadestown” in New York City.

Before attending “Hadestown” and meeting André, Wisconsin Union Theater Director Elizabeth Snodgrass had long-contemplated the Theater’s priorities, particularly how to increase diversity and provide equitable access for Black, Indigenous, and People of Color (BIPOC) in the Theater’s programming. As she considered how to change programming and processes to work on these priorities, Elizabeth was also learning about André and the discrimination he experienced as a queer, Black man during his professional journey that included studying at the University of Wisconsin–Madison and that ultimately led him to Broadway.

Long before Broadway, André had an early love for the performing arts, attending a theater near his home in Baltimore. There, he came to the realization in 1954 as he watched John “Bubbles” Sublett sing, act and dance in “Cabin in the Sky” that he would one day have a career in the performing arts. Despite his parents’ urging to pursue other careers, the dream of being a performer stayed with André, leading him to play Walter Lee Younger in a production of “Raisin in the Sun” at Wilmington College. While attending the University of Wisconsin-Madison he played roles in Stuart Gordon's "Peter Pan" and "The Fantasticks".

However, he was denied many parts over and over again, leading him to seek opportunities away from campus, eventually landing a role in “Hair: The American Tribal Love-Rock Musical” in Chicago. André, ultimately, achieving his career dreams, playing roles in “The Wiz,” “Ain’t Misbehavin,’” “Hadestown,” “Play On” and “The Full Monty" as well as earning degrees in English literature from UW–Madison and a master’s degree in African American studies from New York University.

The professional trials that he endured inspired Elizabeth and other Wisconsin Union and Wisconsin Union Theater team members to create a new initiative: the André De Shields Fund. The Fund will support artistic projects and performances created, performed, designed, or produced by BIPOC and other people who are historically underrepresented on stages and in audiences.

“This fund is one way to move money directly to supporting People of Color in the arts. Investing finances is only one way to increase representation, but it is an essential one.” Elizabeth said.

When approached about this effort and having the fund be named for him, André shared his excitement and agreed to lend his name to this effort as well as to helping the Theater in raising awareness of the Fund, acknowledging it is like passing the baton to new generations of future artists, producers, directors, writers, and more. He is a passionate advocate for helping others achieve their dreams and for breaking down the barriers he faced in his rise to stardom. He speaks emphatically about wanting his own success to benefit others.

“We have to stand up when the opportunity calls,” André said. “This Fund is a vital illustration of what needs to be done.”

André has expressed hope that in opening doors in his own career that he has opened the doors for others and that he inspires others to blaze their own trails. This passion aligned perfectly with the vision for the Fund.

“We are immeasurably grateful to André De Shields for lending his name to this effort and for his support of BIPOC artists and stories through the André De Shields Fund,” Elizabeth said. “The obstacles he faced in his career are unfortunately still not uncommon, and, with his help, we want to do our part to change that.”

Prior to meeting André, Elizabeth had the opportunity to meet someone else who blazed her own trail in Madison: an artist named Shasparay Irvin ‘20. Shasparay started the Black Arts Matter Festival, an annual festival that celebrates Black art and Black culture through the performing arts. Shasparay works to break down the barriers artists of color and LGBTQIA+ artists face and to bring diverse representation and stories to the arts, as André has worked to do throughout his career.

At the University, Shasparay was a First Wave scholar majoring in theater and African American studies. During her academic career, she sought opportunities to participate in and engage with art that mattered to her and couldn’t find it, so she decided to create it in the form of the first Black Arts Matter Festival.

“I decided to create this festival to prioritize Black voices in a predominantly white space, especially a white-centric arts space,” Shasparay said.

Inspired by her efforts and driven by a desire to support this important work, in 2020, the Wisconsin Union Theater co-produced her second annual Black Arts Matter Festival. The team is honored to share that it will again partner with Shasparay in producing the third Festival March 23-26, 2022, at Memorial Union and online.

“As I was learning about André, I thought about our work with the Black Arts Matter Festival, Shasparay’s story, and about what the Wisconsin Union Theater could do to make a positive impact on diversity and equity in the arts,” Elizabeth said. “The Fund is a step in working toward a more equitable, diverse theater experience in Madison and in increasing access to arts opportunities for BIPOC. I hope that we help the Andrés and Shasparays of today and tomorrow have fewer obstacles in their way. This is about getting out of the way and helping make space.”