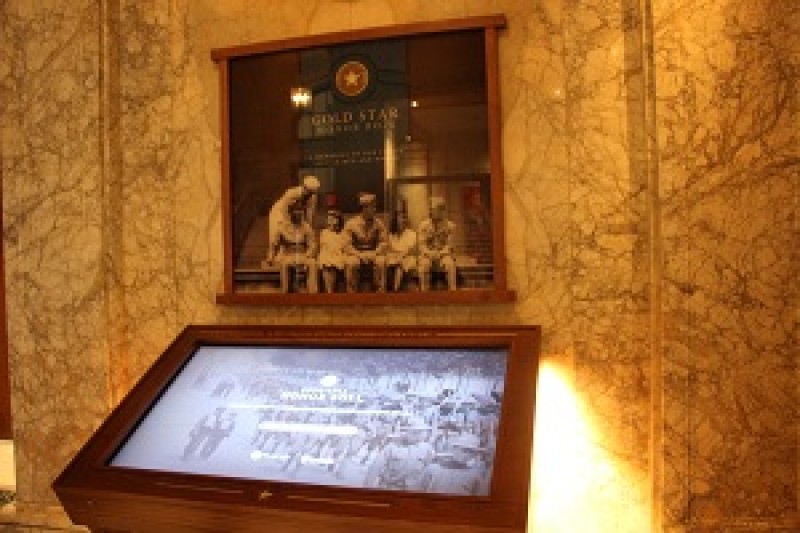 In observance of Veterans Day, the Wisconsin Union team will hold a free breakfast and program on Nov. 11 at 9 a.m. in Memorial Union’s Main Lounge and a showing of “The Greatest War” on Nov. 11 at 7:30 p.m. in Shannon Hall.

The Veterans Day event will include remarks at 9:30 a.m. by Bill Davis, a Marine Corps veteran, University of Wisconsin-Madison student and a member of Student Veterans of America; UW-Madison Veteran Services Coordinator Jolene Anders; Vice Chancellor for Student Affairs Lori Reesor; and Wisconsin Union Director and Associate Vice Chancellor for Student Affairs Mark Guthier. The event will include free, light refreshments on a first come, first served basis and is open to the community.

The program will also feature a performance by the Wisconsin National Guard’s 132nd Army Band. The band travels the state, the country and even the world, playing a variety of music.

More information about this event is available at union.wisc.edu/events-and-activities/event-calendar/event/veterans-day-recognition-breakfast.

Later that evening, rock ‘n’ roll, images and video will come together to tell the story of World War I during “The Greatest War.” This multimedia event will explore the living legacy of WWI, including its impact on Wisconsinites in the past and today.

“The Greatest War” is presented by Four Seasons Theatre in partnership with the Wisconsin Union Theater. Tickets can be purchased online or at the Memorial Union Box Office.

Tickets cost $15-$35 for non-students and $10 for UW-Madison students. Non-student Wisconsin Union members are eligible for $3 off “The Greatest War” ticket prices.

The Union is holding these events in recognition of the heroism of Badgers who have served our country, including fallen UW-Madison service members.

“We are grateful for this opportunity to thank our university’s service members for their service and to remember those service members who didn’t come home,” Wisconsin Union Communications Director Shauna Breneman said. “We endeavor on Veterans Day and every day to never forget members of our military and their heroism and service.” 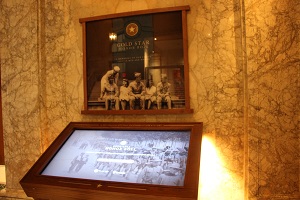 In 2017, the Wisconsin Union also debuted an electronic Gold Star Honor Roll, which tells the stories of more than 900 alumni who were killed during active duty. Their stories can be read at uwgoldstarhonorroll.org, on a computer in the Hamel Family Browsing Library, and on a kiosk outside of the Main Lounge.

“I didn't connect with the Student Veterans group on campus until my second semester, and, when I did, it was comforting to know that there were others who had experienced the same things and frustrations,” Davis said. “I am very grateful for the veterans around me, both on and off campus, for the support and camaraderie they give.”

In addition to the Wisconsin Union-hosted events at Memorial Union, on Nov. 11, the UW-Madison chapter of Student Veterans of America will host a Veterans Day display of flags on Bascom Hill in honor of veterans. The chapter’s leaders welcome community members to take part in this display immediately following the breakfast program by placing flags on the Hill for veterans in their lives. Those interested in participating can obtain flags at a table at the bottom of Bascom Hill on Nov. 11. Those unable to take part in-person can submit flag placement requests for veterans online at no cost: https://uwmadison.co1.qualtrics.com/jfe/form/SV_41uW2AvAJ1yZCIZ.

The student organization will also host a free showing of the film “Dawn of the Red Arrow” on Nov. 12 at 6 p.m. in Union South’s Marquee. This film follows the stories of Wisconsin National Guard soldiers returning from Europe after serving with the 32nd Red Arrow Division during WWI.