The Women of the World Series... WOW! 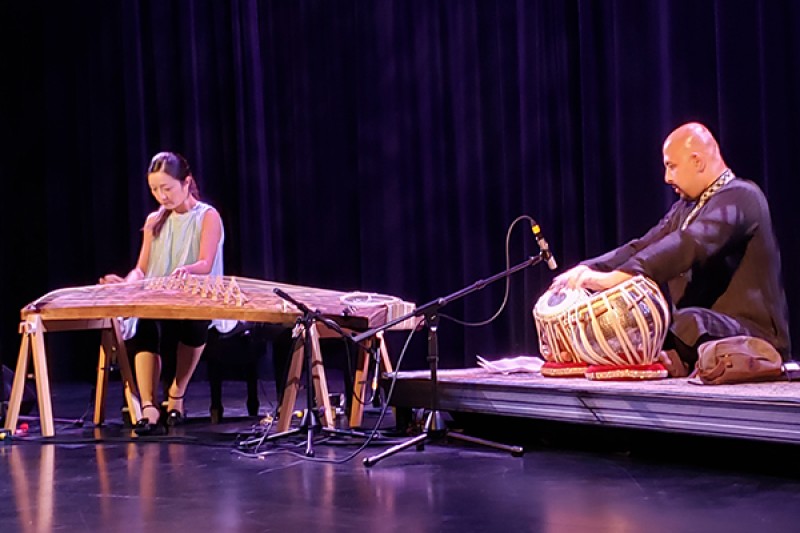 The Women of the World (WOW) series celebrates different cultures and how women break barriers to share their music and express themselves. The series features the music of artists from seven countries, and each artist represents their country with pride. During a time of division, the WOW series brings us together to admire and appreciate cultures from around the world. We all understand music, regardless of race, gender or nationality. 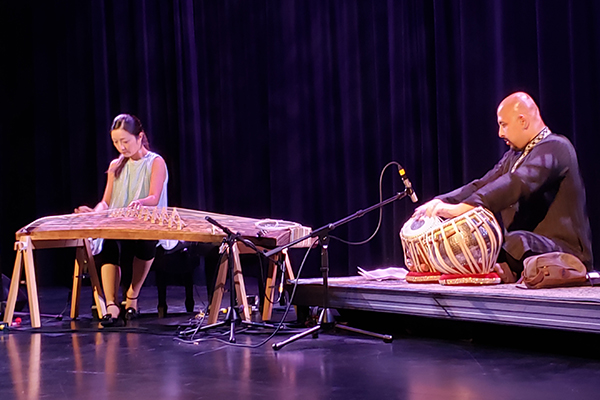 As a UW-Madison student myself, I admire how the WUD Performing Arts Committee (PAC) took the initiative to book this diverse group of women for the 2019-20 season. Minorities and women are often silenced. The Madison community is fortunate that PAC understands the benefit of supporting women of color and making a space for women to express themselves.

Yumi Kurosawa, a Japanese koto player began the series with Anubrata Chatterjee, an Indian tabla player. I was excited to discover that the koto is the national instrument of Japan, and the tabla originates from the Indian subcontinent. Just like myself, Madison audiences may not have heard these two instruments before, let alone together on one stage. When Kurosawa and Chatterjee perform together, they bring two musical traditions together and demonstrate the benefits and beauty of mixing music and cultures.

Hailing from East Los Angeles, Las Cafeteras are part of the second show in the WOW series. They use Son Jarocho instruments from the Veracruz region in Mexico like the jarana, requito, quijada (donkey jawbone) and tarima (a wooden platform) and they sing in Spanish, English and Spanglish about social justice. By adding Afro-Mexican beats to rock, hip-hop and Ranchera, they acknowledge the plurality of the Mexicanidad, which often is erased in mainstream settings. LADAMA performs the same night as Las Cafeteras. Comprised of four women, three from Latin America (Venezuela, Colombia and Brazil) and one from the United States, they put a twist on Latin Alternative music by using traditional and non-traditional instruments. All four members are dedicated to teaching and empowering women.

I am a senior majoring in Spanish, so I am most excited for Las Cafeteras and LADAMA because I am interested in how the expression of Latinidad is influenced by culture. In the United States, the negative rhetoric and actions towards the Latinx community play an increasing cultural role in both mainstream America and in Latinx communities. By featuring a group like Las Cafeteras, a marginalized group is given agency to sing songs like Tiempos de Amor (Times of Love), This Land is Your Land and If I Were President all of which reference and criticize American policy.

Music helps unify us around shared experiences and reminds us about the powerful effects of diversity and acceptance.

The final performance of the Women of the World series features Eileen Ivers and Karan Casey. Ivers grew up in the Bronx to Irish immigrants. In her music, she combines traditional Irish sounds with music she heard as a child in her culturally diverse neighborhood. When I read about her exposure to culture, I reflected on my own life and how I could have benefited from living in a diverse neighborhood. I grew up in a demographically homogeneous suburb of Philadelphia and feel I missed important cultural experiences. While performing, Ivers often plays with artists from different backgrounds, connecting all forms of music and the human experience. Casey is from Ireland, and after moving to America, joined Solas, a group that combines traditional Irish music with rock, country and Americana. By performing internationally, Casey exposes herself to new cultures, something we can all benefit from.

My experiences growing up and at UW-Madison helped solidify my interests and appreciation of other cultures, which is why I am grateful that the Performing Arts Committee exposes the Madison community to more diversity and promotes women that I can learn from, especially through music. Music helps unify us around shared experiences and reminds us about the powerful effects of diversity and acceptance.

Las Cafeteras and LADAMA perform November 15 - Learn more about the show or get tickets.

Eileen Ivers and Karan Casey perform February 28 - Learn more about the show or get tickets.