The Greatest War: World War One, Wisconsin, and Why It Still Matters 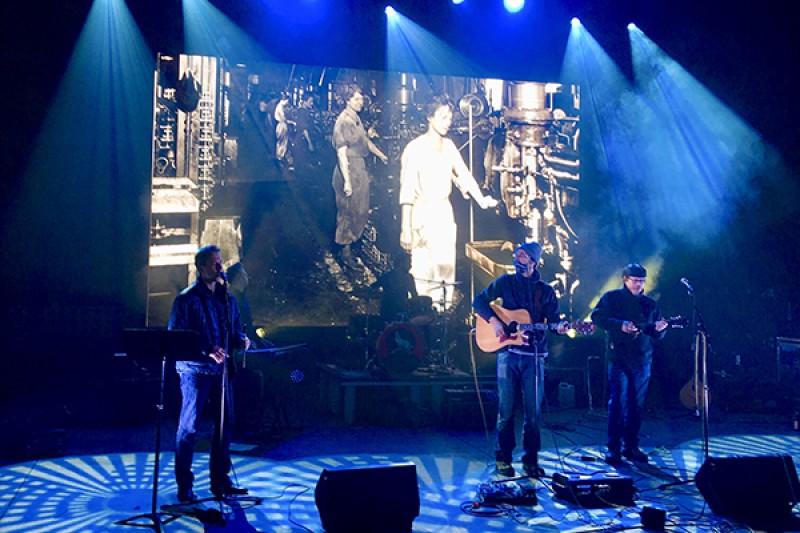 Artistic Director of The Greatest War: World War One, Wisconsin, and Why It Still Matters, Ken Fitzsimmons wrote most of the original music and created video content for the show. In the following interview, he gives us a behind-the-scenes look at The Greatest War.

What inspired you to create The Greatest War?

Though music has been my profession, I've always been a history buff. World War One is arguably the most influential event of the 20th century, and certainly laid the roots for WWII but it's a time period that many of us Americans don't know a lot about. It felt important to share what I learned, but, not being an historian, I didn't want to write a book or try to lecture. I wanted to present in a new way through a 21st century lens so I came up with a multimedia show using music and video about WWI. 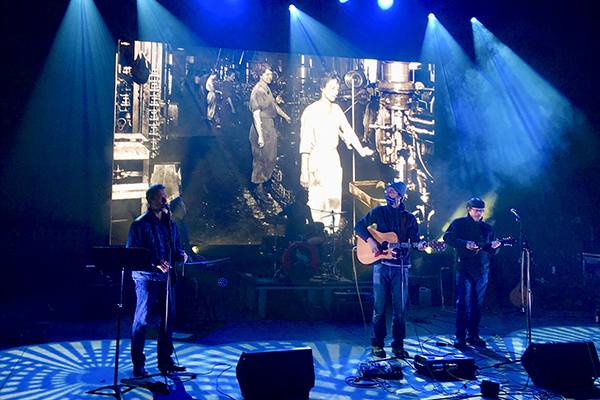 Fitzsimmons and members of The Kissers rehearsing (Photo: Sarah Marty)

A rock and roll history show combines music, theatre, and historical documentary all into one. I knew that I wanted it to be a live concert, because that's what I know best. But I wanted it to be more immersive as well, so there's video and speakers providing context. It's definitely art in that it's meant to be felt. But we can't help but to inform as well.  It allows the audience to go deep into the subject and really feel a connection with that person who lived 100 years ago.

How did you work with Wisconsin Veterans Museum and Wisconsin Historical Society on this project?

So much research had been done already that we just wanted to present it in a new way. The Wisconsin Veterans Museum was particularly helpful in that regard by sharing their research into Wisconsinites who served in the war. The Wisconsin Historical Society was invaluable by allowing us access to their archives and use many of their images. Plus, when I was writing the show in 2018, there was an exhibit by Simone Munson in the WHS about women in the war which inspired the song "She Works on Cars."

Why present the show at the Memorial Union?

The Memorial Union, which broke ground on Armistice Day, November 11, 1925, was dedicated as a memorial to UW-Madison students who died in wars. While we perform the final number of the show, we scroll the names of the 2,459 Wisconsinites who died in the war labeled by the town they came from and will be highlighting UW-Madison students from the WU Gold Star Honor Roll. Additionally, many of the people participating in the show are alumni so it's a sort of homecoming for many of us to be on the Wisconsin Union Theater stage.

The Greatest War: World War One, Wisconsin, and Why It Still Matters is a rock and roll history presented by Four Seasons Theatre in partnership with the Wisconsin Union Theater. The show takes place in Shannon Hall on November 11, 2019. Learn more and purchase tickets here.

Ken Fitzsimmons earned a Bachelor of Music and an MBA in Arts Administration from UW-Madison, served as the advisor for the WUD Art committee and is the lead singer of The Kissers.