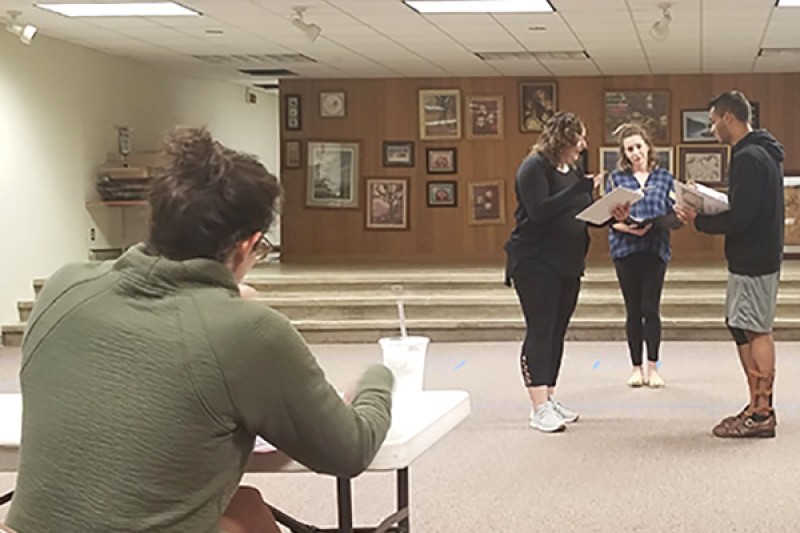 As a recent high school graduate, I am fairly new to the world of professional theatre, but I was so excited to become a part of HEPHAESTUS at Music Theatre of Madison. I had the privilege of sitting in on the very first HEPHAESTUS rehearsal and was blown away by the starting point of this cast and crew. Some of this may be the difference between what I know as a performer in community and high school theater in comparison to the professionals in the room, but the talent and dedication of the members in that rehearsal hall really proved itself to me. 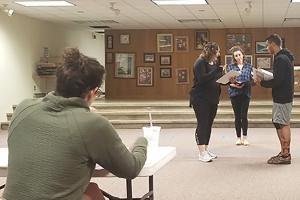 Circled around two long tables, actors and crew gathered as a family in communion with some hearty pita crackers and hummus in a Greek style to set the mood of HEPHAESTUS. The read through went seamlessly as the cast acted as if they had all seen a movie of it previously and had studied every word (besides a few short arguments about Greek pronunciation). They had already gained a facade of their character and I was amazed before the first number even started.

I had the splendid chance of meeting the one and only Nathan Fosbinder. Nathan was raised in Madison and MTM is glad he returned to his hometown to head on this project of bringing his story to life on stage. Nathan’s work has brought together the family of HEPHAESTUS cast and crew, and we are all so grateful for his talent.

As my task pile continues to grow, so does my love for this show and everyone in it.

As the production intern I have been able to work alongside Director and Producer Meghan Randolph. I was assigned tasks of posting on event calendars, putting up flyers and posters, and simply spreading the word of the show. As my task pile continues to grow, so does my love for this show and everyone in it.

Sitting in that rehearsal hall and following along in the script and music, I couldn’t help but to cherish the physical memories of hearing the show for the first time. The music brought chills, the story brought emotions, and the people brought me an intense feeling of joy. As we grow as a family in HEPHAESTUS, we are only grateful we have not yet turned into the worshiped mess of a family that lives on Mt. Olympus.