This is Not the Countertenor You're Looking For 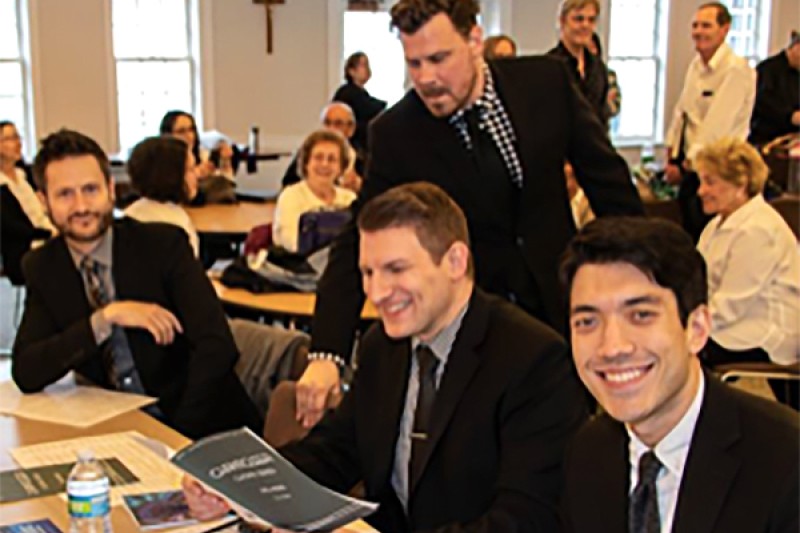 When I received the email from Chanticleer saying they were interested in hearing me for a spot in the ensemble, I thought someone was pranking me. I had never submitted audition materials to them, and I had no idea how they even got my name and information! I was pursuing a career as a freelance singer in Boston, focusing primarily on early music; what on earth would Chanticleer want with me?! When I received a follow-up email a few days later, I decided I needed to set them straight: this is not the countertenor you’re looking for… 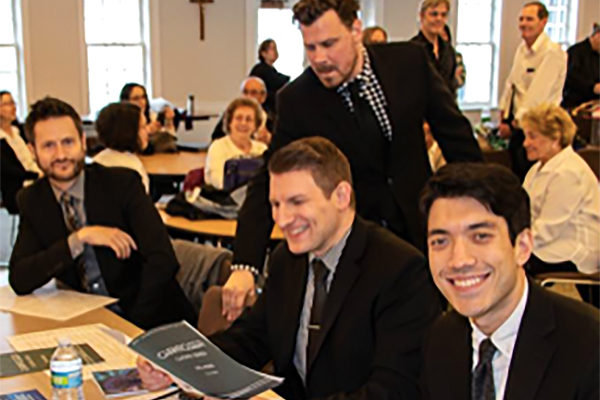 Members of Chanticleer at a masterclass in Connecticut, working on Franz Biebl's "Ave Maria."

Fast forward less than a week, and I’m flying to San Francisco with two suitcases of my earthly belongings, frantically studying two full-length programs of music that I need to be able to perform (convincingly, no less!) in roughly 72 hours. Thus was my “initiation” into the performing life of Chanticleer.

Now in my fifth season with the ensemble (and my third as Assistant Music Director), the pace of learning music has slowed down, but the lifestyle of suitcases, airplanes, rental cars and hotels hasn’t. My voice teacher at UW, the late Ilona Kombrink, used to say, “Stop the world! I want to get off!” As a 21-year old undergrad, where the most stressful part of my life was walking over Bascom Hill every day for German class, I really didn’t have a clue what she was talking about. Well, now I do.

[It’s] incredibly rewarding to say I achieved my dream, and I’m coming back to the place where that dream was sparked almost 20 years ago!

I don’t think I’ve ever responded to an email more quickly than when I received a message from UW voice professor Mimmi Fulmer last September, asking if Chanticleer might be interested in coming to sing in the new Hamel Music Center. Chanticleer doesn’t often get to Wisconsin, so being able to bring a group that I’m so proud to be a part of back to Madison feels like a great personal triumph! And to be among the first (if not THE first) performances in the new Hamel Music Center is an honor I don’t take for granted!

During my studies at UW-Madison, I was torn between the solo performance track and the choral career. I managed to straddle both, but my dream was always to make ensemble singing my career. Way back in the early 2000s, I heard Chanticleer sing at Luther Memorial Church (to a packed sanctuary, as I recall), and I thought, “that’s what I want to do!” Although I traveled down other musical paths between that concert and joining the ensemble, it’s incredibly rewarding to say I achieved my dream, and I’m coming back to the place where that dream was sparked almost 20 years ago!

Chanticleer opens the 100th Anniversary Concert Series with a performance in the Hamel Music Center October 6. Learn more about the program or purchase tickets.