Summer is in full swing, but the Wisconsin Union Theater team is already thinking about the fall and the arrival of our 2022-23 season. Here, we highlight some of the incredible performers that will come to Madison as part of the our 103rd classical Concert Series. 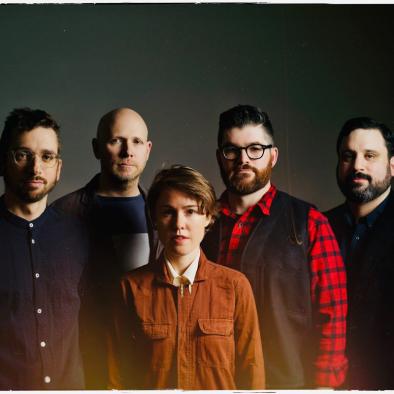 Sō Percussion has a “telepathic” connection among its members and its audience that is supported by the ensemble’s almost 25 years of experience together. Remarkably, Sō Percussion formed as a student chamber ensemble in 1999 at Yale University, and its passion for music-making never ceased. What’s more, the past eight years, the group has had the title of performers-in-residence at the Princeton University School of Music and is continuously engaged in the community. During the early days of COVID-19 when so many of us were distanced from one another, Sō Percussion established the Flexible Commissions Initiative, which supports composers in writing music with “multiple possible realizations, unlimited by specific instrumentation and able to be presented live or in online performance.” The ensemble also won the GRAMMY Award for Best Contemporary Classical Composition in 2022 for its disc “Narrow Sea.”

On Saturday, Nov. 5, at Shannon Hall in Memorial Union, Sō Percussion will collaborate with composer, producer, violinist and singer Caroline Shaw, the youngest person to win a Pulitzer Prize for music. She received the award in 2013 for her “Partita for 8 Voices,” which Erika Jeal of the Guardian described as “encompassing song, speech and virtually every vocal technique you can imagine.” Shaw has produced for and toured with Kanye West and has written more than 100 pieces in the last 10 years for renowned artists, such as Yo-Yo Ma, Renée Fleming, and the Los Angeles Philharmonic. As a composer whose career blossomed in the wake of the contemporary classical music genre, her rustic yet vibrant style will deepen your connection with the Earth. 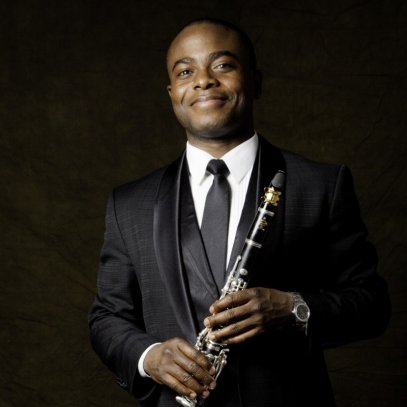 Anthony McGill, principal clarinetist of the New York Philharmonic, is admired for his “trademark brilliance, penetrating sound and rich character” (New York Times). In 2020, he was awarded the Avery Fisher Prize, one of the most prestigious in classical music awarded to the musician or musicians who have demonstrated outstanding achievement, excellence, and leadership in music. McGill also took part in the inauguration of former President Barack Obama alongside Itzhak Perlman, Yo-Yo Ma, and Gabriela Montero.

McGill made history in 2014 as the first Black principal player in the New York Philharmonic since the organization was founded in 1842 and has made a boundless impact on the music world through his artistry and advocacy. In addition to the Avery Fisher Prize, the Avery Fisher Artist Program gave McGill $30,000 to give to a charity of his choosing. This funding inspired McGill and Weston Sprott, dean of The Juilliard School’s Preparatory Division, to launch the MAP Summer Scholarship Fund, which helps promising students from diverse backgrounds pursue summer festivals and programs. When not performing with the Philharmonic, McGill teaches and performs as a soloist and chamber musician throughout North America and serves as the artistic director of The Juilliard School’s Music Advancement Program (MAP). 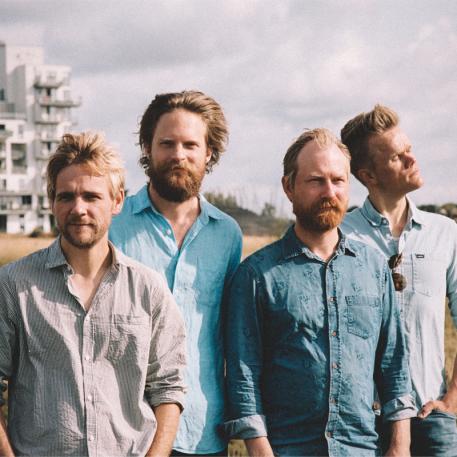 This string quartet is far from ordinary. The GRAMMY-nominated Danish String Quartet (DSQ) embodies its roots with beards that could belong to Vikings and an aura that comes straight from the Scandinavian countryside. When you hear DSQ play works of the classical canon, it will feel like the very first time you are hearing the alluring styles of Haydn and Shostakovich. The quartet prepares as if every performance is a premiere for the late composers. As the New York Times said, “They play Nielsen’s quartets as if they owned them.” But that’s not all the ensemble is known for; we will also hear Scandinavian folk music from these musicians' days together in the Danish countryside.

The Danish String Quartet has been recognized time and time again for its “intense blend, extreme dynamic variation (in which they seem glued together), perfect intonation even on harmonics, and constant vitality and flow” (Andrew Mellor, Gramophone). In 2020, the group was named Musical America’s Ensemble of the Year, and its recordings consistently reach the top of charts for classical albums.

You can save 20% on single ticket prices by subscribing today to the 2022-23 Concert Series and enjoy preferred seating here. Single tickets will be available for purchase in August.