Internationally celebrated pianist Wu Han will perform as a concerto soloist with the UW-Madison Symphony Orchestra on March 7 at 7:30 p.m. in the Hamel Music Center. 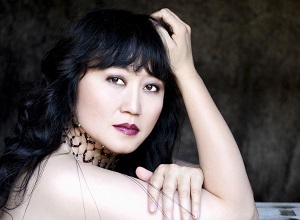 Han asserts that chamber music is a form of music that has the ability to provide comfort in difficult times, escape and inspiration for all. The Musical America’s Musician of the Year award winner says that it’s those very things that drive her to continue to make music.

Han’s love of music began early in life. It all started the day her father bought a small record collection and turntable instead of his previously planned suit with the little extra funds her family had.

From then on, the Han household filled with music, and it was that purchase that led her father to declare that his children would learn how to make music. Her mother bartered for Wu Han's piano lessons, trading dinner for the lessons.

Her father’s declaration and her mother’s ingenuity set into motion a journey that would lead Wu Han to be one of the most esteemed and influential classical musicians in the world.

“Wu Han brings to the Wisconsin Union Theater not only a passion for music, but also authentic excitement about inspiring a love of music in others,” said Amanda Venske, Wisconsin Union Directorate (WUD) Performing Arts Committee Concert Series coordinator.

The students of the UW-Madison Symphony Orchestra will have the opportunity to learn from Han as they prepare for the March 7 performance.

In addition to performing on March 7, Han serves as an artistic advisor for the Wisconsin Union Theater’s 100th Anniversary Concert Series, which includes her concert with the Symphony. The Series includes seven additional performances by world renowned chamber music artists. Other upcoming Concert Series performances include the Chamber Music Society of Lincoln Center on March 5, Gil Shaham with Akira Eguchi on March 28, and Renée Fleming on May 2. The Concert Series is the longest running classical music series in the Midwest. In addition to the Concert Series, the Wisconsin Union Theater holds numerous other performing arts events throughout the year, from dance to world music, and has provided cultural experiences for community members and visitors for more than 75 years.

The student-led WUD Performing Arts Committee plans events at the Wisconsin Union Theater, including the Concert Series. The Committee provides UW-Madison students with leadership and hands-on learning opportunities.