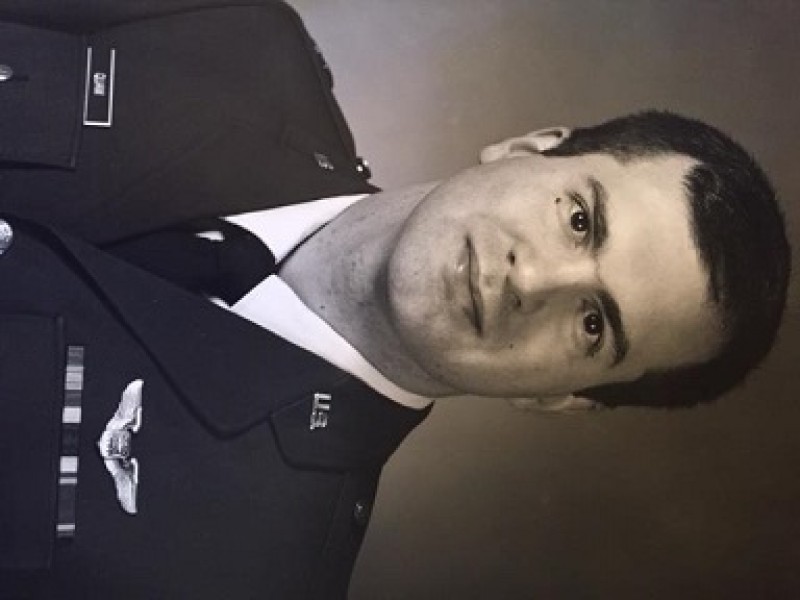 The stories of our university’s fallen heroes are our story. We, at the Wisconsin Union, are honored to help share our service members’ stories through an electronic memorial, known as the Gold Star Honor Roll (GSHR).

Wisconsin Union members and guests can view GSHR online at uwgoldstarhonorroll.org, outside of the Main Lounge on the second floor of the Memorial Union, or on a computer in the Hamel Family Browsing Library in Memorial Union.

The Gold Star Honor Roll does more than list names or a total casualty number; it has the capacity to truly tell the stories of these brave men and women.

One Gold Star Honor Roll hero who was added after the unveiling is 2nd Lt. Robert E. Walthers. Second Lt. Walthers of Manitowoc, Wis., served in the United States Army Air Corps and was lost over the Bay of Biscay after his plane exploded. He was killed on Dec. 5, 1943, leaving a family in mourning. His sister Janet R. Bursek, also of Manitowoc, shared her brother’s story with us as well as a photo of this fallen hero and UW-Madison alumnus.

“These heroes are not statistics,” Wisconsin Union Communications Director Shauna Breneman said. “They are people who are loved and missed, and you truly feel that when you read their stories.”

Another story that has touched many Wisconsin Union team members is the story of Capt. Mark Quam of the U.S. Air Force. After the GSHR unveiling, his family shared details of his life that have made his story a memorable one to those who come across it.

Capt. Quam graduated from UW-Madison with a bachelor’s degree in astrophysics. The talented alumnus loved flying as demonstrated by the fact that he earned his pilot’s license before he received a driver’s license.

In addition to his love for flying, he loved Dungeons & Dragons, Scottish dancing, and his wife Anna, whom he met while dancing at King Richard’s Faire. The world lost Capt. Quam when he was killed in an aircraft crash while supporting U.S. troops in Mogadishu.

“We know that there are more fallen university heroes who deserve to have their stories told,” Breneman said. “We encourage anyone who wishes to share information about their fallen UW-Madison service members to reach out.”

To learn more about the Gold Star Honor Roll or to submit information regarding a service member, please visit union.wisc.edu/gold-star-honor-roll.