Quentin Tarantino's "Once Upon a Time in Hollywood" visits 1969 Los Angeles, where everything is changing as TV star Rick Dalton (Leonardo DiCaprio) and his longtime stunt double Cliff Booth (Brad Pitt) make their way around an industry they hardly recognize anymore. The ninth film from the writer-director features a large ensemble cast and multiple storylines in a tribute to the final moments of Hollywood's golden age.

"DiCaprio and Pitt are probably as good as they've ever been in anything: one superbly channeling the outsize ego and fragility of an actor in early-midlife spiral, the other a sort of beach-boy Lebowski with a singular gift for sudden violence," - Leah Greenblatt, Entertainment Weekly

"In certain elements of tone and structure, 'Once Upon a Time in Hollywood' has echoes of 'Pulp Fiction' and 'Jackie Brown', but it is alive and electric with a beat all its own," - Richard Roeper, Chicago Sun-Times 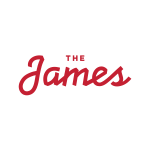 Wednesday: 9am to 7pm