Fermat's Last Theater presents their own adaptation of Franz Kafka's The Trial. This production is a contemporary take on one of the great novels of the past century. Franz Kafka's vision of a lone man trapped in a legal system gone quietly mad is at once an absurdist nightmare and terribly realistic prophecy of a totalitarian future (or present). When Fermat's Last Theater meets Kafka's last novel, the result is a strange mix of farce and tragedy and an enormously powerful night of drama.  Jeff Casey directs, script by Alex Hancock. 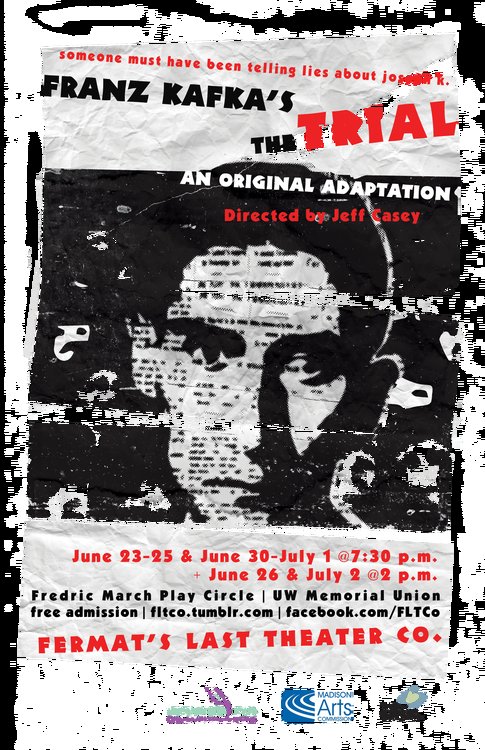