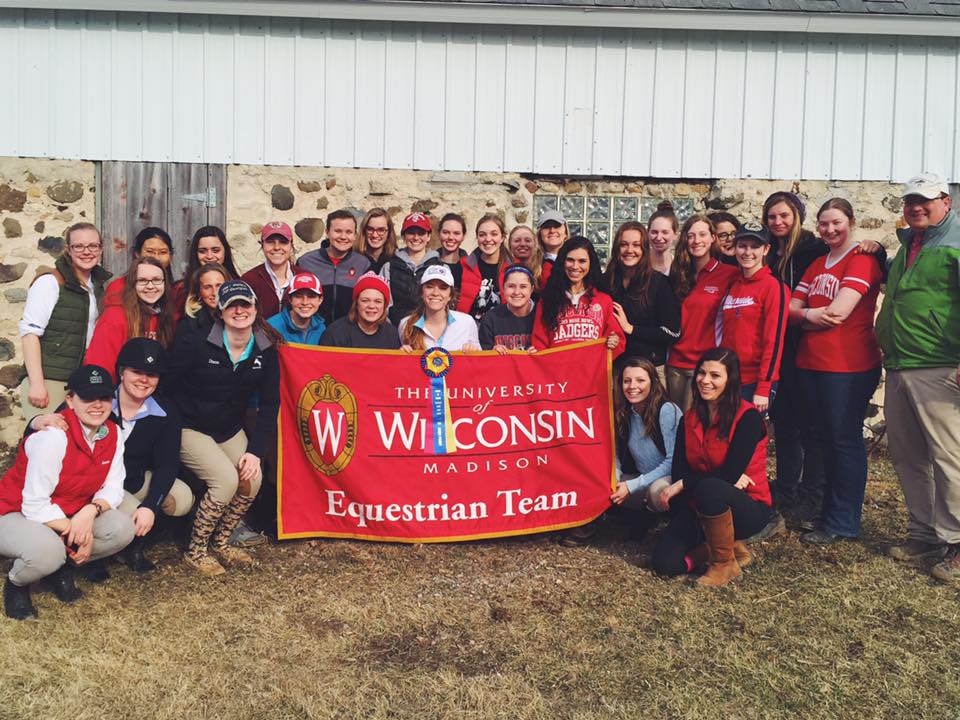 The Wisconsin Union Hoofer Riding Club’s Equestrian Team won the Zone 7, Region 4 championship title on March 12. The team will next compete in the Zone 7 championships.

The team came back from an eight-point deficit, overtaking perennial rival Irish Equestrian, which represents both the University of Notre Dame and St. Mary’s College, to win the show.

They will compete against the winning teams from four other Zone 7 regions at West Texas A&M University April 8. The two winning teams will advance to the National Finals at Kentucky Horse Park in Lexington in May 2016.

Seven team members competed as individual qualifiers in their divisions March 13. Five of those riders will also advance to the zone finals including University of Wisconsin-Madison (UW-Madison) seniors Jenna Palmer, Camber Sannes, and Julia Slezak; and UW-Madison sophomores Johanna Balas and Sierra Sirianni.

The top two individual riders from each zone championship will also compete in Nationals.

The Hoofer Riding Club’s Wisconsin Equestrian Team is made up of more than 30 riders of all experience levels and is managed by UW-Madison students. The team provides competition, social networking, and learning opportunities.

Free spring lecture series will include events on a variety of topics, beginning with a talk on empathy The Wisconsin Union Directorate (WUD) Distingu...

The Wisconsin Union’s Winter Carnival will return Feb. 3-9 with new events that encourage University of Wisconsin-Madison students and other community...

Nationally-ranked startup accelerator gener8tor and the American Family Insurance Institute for Corporate and Social Impact will hold a second gALPHA ...