Wisconsin Union Theater patrons invited to an evening of contemporary jazz by The Vijay Iyer Trio on Dec. 3 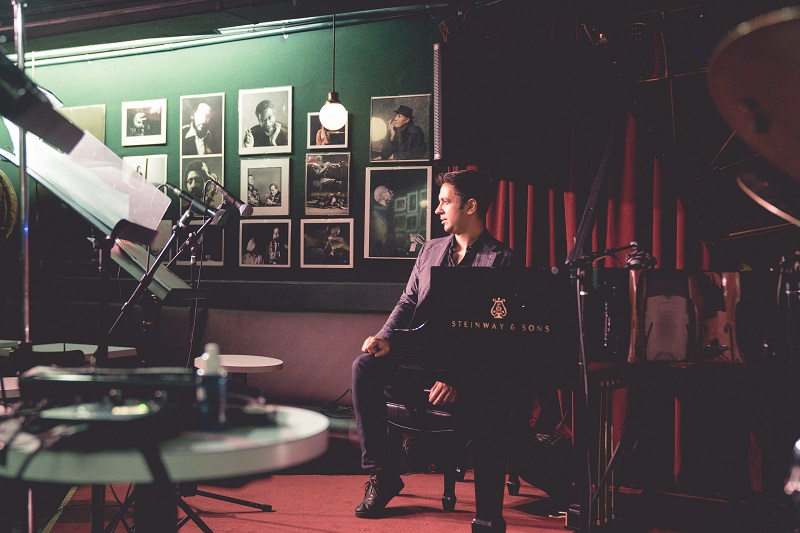 Jazz and contemporary music legend Vijay Iyer will join his colleagues bassist Daryl Johns and drummer Jeremy Dutton for a rare Madison concert on Dec. 3 at 7:30 p.m. CDT in the Wisconsin Union Theater’s Play Circle at Memorial Union and through an online livestream.

The Vijay Iyer Trio has been described by Der Spiegel, a German weekly news magazine, as “the best piano trio in jazz today”; by NPR as “truly astonishing”, and by PopMatters as “the best band in jazz.” It has earned accolades around the world for its creativity in improvised music and avant-garde approach to jazz.

Iyer, who has been voted DownBeat Magazine's Artist of the Year four times in the last decade, brings a unique take to the American jazz tradition with an Indian influence that he incorporates into his work. The Grammy-nominated composer and pianist grew up in New York with his sister and Tamil Indian immigrant parents. He first began formally playing the violin at age three but switched to the piano at six years old, which he hoped would annoy his older sister because she took piano lessons. Patrons around the world could have missed hearing Iyer’s legendary piano playing if not for sibling rivalry.

Iyer has released more than 20 albums and serves as a tenured professor at Harvard University with joint appointments in the Departments of Music and Department of African and African American Studies. He received a MacArthur Fellowship, a Doris Duke Performing Artist Award, a United States Artist Fellowship, the Alpert Award in the Arts, and two German “Echo” awards.

Johns, who lives in Los Angeles and plays with a variety of jazz and indie rock artists, has received numerous accolades, including the 2011 Michael Kamen Solo Award, multiple Student Music Awards from DownBeat Magazine, and soloist awards from the Mingus Festival.

Wisconsin Union Theater patrons can purchase tickets to the in-person event or a virtual livestream of the performance online or at the Memorial Union Box Office.

The Wisconsin Union team works every day to create a safe environment and upholds the highest cleaning and sanitation standards. In addition to cleaning and disinfecting spaces, the team has established a temporary health and safety measure of ensuring 20 feet of space between performers and audiences in Shannon Hall and 10 feet of space in the Play Circle.

Patrons and team members are required to follow the current University of Wisconsin–Madison health and safety protocol of wearing a face covering when indoors on campus, unless actively eating or drinking. The team greatly appreciates its patrons' help in creating a safe theater-going experience.