Phony Ppl will bring its exquisite spectrum of jazz, hip-hop, R&B, reggae, soul, and rock to the Shannon Hall stage on Nov. 18 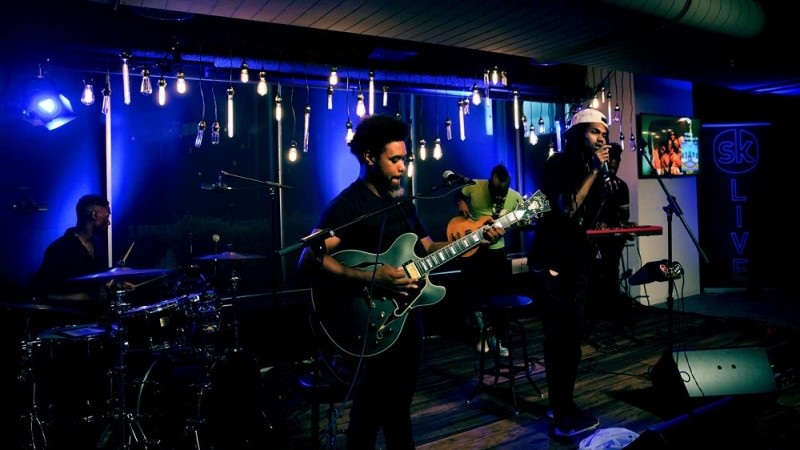 MADISON – The Brooklyn-based music group Phony Ppl began as teenagers with a love for music, creating songs in a band member’s basement, and now performs its music to fans in venues around the world. Phony Ppl will perform its genre-defying music to patrons in Shannon Hall at Memorial Union and through an online livestream on Nov. 18 at 7:30 p.m. CDT.

While some describe Phony Ppl as a spectrum of jazz, hip-hop, R&B, reggae, astral punk, soul, and rock-n-roll, Phony Ppl co-founder and keyboardist Aja Grant says the group has no specific genre because its members create music without a genre in mind.

“We’re so excited to have this group come to Madison as part of its tour. Phony Ppl is super popular, and I can see why with the group’s unbound creative expression and fearless exploration of music,” Wisconsin Union Theater Director Elizabeth Snodgrass said. “It reflects this generation's response to the world: nobody is going to box them into any one label.”

Patrons can purchase tickets to Phony Ppl’s performance at Shannon Hall or its online livestream through the Campus Arts Ticketing website or the Memorial Union Box Office. Ticket prices range from $35 to $55.

Patrons can currently purchase tickets for most Wisconsin Union Theater season events, including performances by jazz piano group the Vijay Iyer Trio and violinist Gil Shaham. In addition, tickets for the April 30, 2022, concert with opera legend Renée Fleming and for the March 23-26, 2022, Black Arts Matter Festival will become available in early 2022.

Patrons must follow the current UW–Madison health and safety protocol of wearing a face covering when indoors on campus, unless actively eating or drinking. The Theater team also established a temporary health and safety measure of ensuring 10-20 feet of space between performers and audiences.

Patrons can click here for more information about the upcoming performance.