In her new role as president, Tilloo will assume responsibility for furthering the Union’s mission, vision and values. She will also help actively promote shared governance and raise awareness among WUD leaders about issues impacting student life, coordinate WUD’s work, and serve as a liaison between Directorate and the rest of the university.

President-Elect Tilloo, a UW-Madison junior majoring in economics and mathematics, currently serves as the director of the WUD Society and Politics Committee, a non-partisan student group that creates programming about current events and challenges facing society. As the director, she has planned and executed more than 60 events since September 2017, which have garnered more than 2,500 attendees. Vice President of External Relations-Elect Hovind will serve alongside Tilloo and, in her newly elected role, will help educate the community about WUD, recruit student leaders, conduct student outreach, and develop overall marketing plans to assist in WUD activities.

Hovind, a UW-Madison sophomore with intended majors of retail and consumer behavior and economics, currently serves as a communications intern in the Wisconsin Union Theater. Her internship includes e-newsletter design, social media management, community relations and press release composition. She has held numerous other leadership positions on campus, including serving as a student representative on the External Relations Advisory Board of Union Council.

Vice President of Internal Relations-Elect Trast will also lead in the Union in a variety of ways in her new role. Her position’s responsibilities include but are not limited to overseeing communication and development within WUD and coordinating a campus-wide leadership development series, a retreat for WUD leadership and on-going and one-time training opportunities for WUD.

Trast, a UW-Madison junior majoring in community and nonprofit leadership and rhetorical studies, currently serves as the director of the WUD Distinguished Lecture Series, which brings engaging, influential people to campus. Through their events, committee members aim to provide learning experiences that expose the campus community to a diverse and vibrant array of people, backgrounds, and ideas. In this leadership role, Trast leads a 15-member team who, since May 2018, have created 10 multidisciplinary lectures with 4,000 attendees. 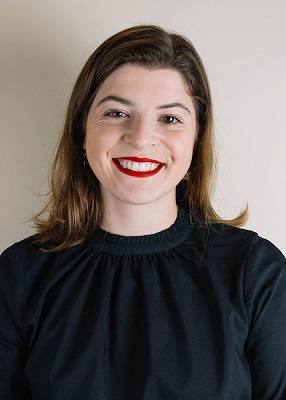 WUD includes 10 student-run WUD committees and six Wisconsin Hoofers clubs that plan, organize and host a wide variety of programs and events. These committees and clubs operate with a shared mission of making lifetime connections on campus one person at a time and with the vision to be the heart and soul of UW-Madison.

The newest officers charged with furthering the Union’s mission, vision and values were elected by the Union’s governing body, which is made up of students, faculty, alumni and staff, following a review of applications and a series of interviews.

"We are exceedingly impressed with this group of students [who applied for officer positions] and are eagerly looking forward to all that they will accomplish with the Wisconsin Union in the coming year,” 2018-19 Wisconsin Union President Mills Botham said.

To learn more about WUD and its programs and leadership opportunities, visit union.wisc.edu/wud.