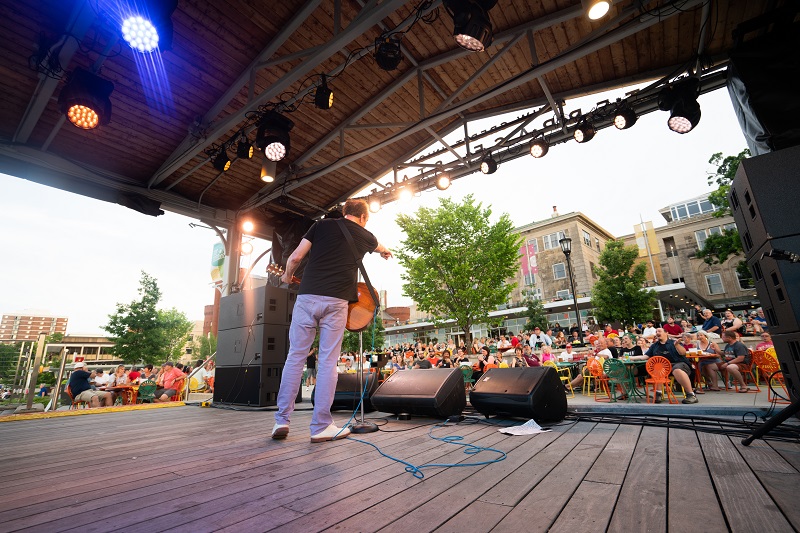 The Wisconsin Union has released an updated July schedule of free music that will take place at its lakefront destination, the Memorial Union Terrace.

Joining the lineup of music and other types of events that began in May, July 2022 music performances at the UW Credit Union Terrace Stage include:

The Wisconsin Union team will announce additional free, live music in the weeks ahead. The events schedule is subject to change.

The Union team continues to offer other Terrace season activities and events, such as DIY art kits at the Terrace Art Cart; outdoor recreation rentals, events and group activities; and free film showings.

The number of summer dining options has grown for the 2022 Terrace season with the reopening of Carte, a salad and sandwich shop, as well as the seasonal BBQ Stand, which opens on June 23 and offers house-made BBQ fare. Other dining options at the Terrace and nearby Memorial Union include the Brat Stand, der Rathskeller, Lakeview Lounge, the Daily Scoop, Peet’s Coffee, and the Badger Market.

“Terrace season free, live music is back with a stellar lineup of returning season favorites, like Pat McCurdy, and rising stars, like Indigo De Souza, whose music you can hear on the recently released Amazon Prime show ‘The Summer I Turned Pretty,’” said Wisconsin Union Advisor Sean Michael Dargan.

Patrons can visit TerraceSummer.com for Terrace season information, including the most up-to-date events calendar.