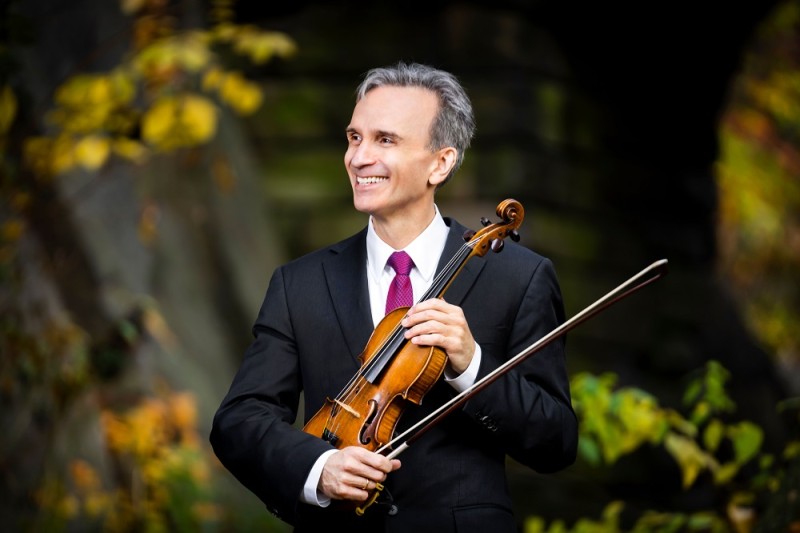 Shaham is no stranger to the stage or the spotlight. He began taking violin lessons at the Rubin Academy of Music in Jerusalem at the age of 7, debuted with the Jerusalem Symphony and the Israel Philharmonic at the age of 10, and stepped in for acclaimed violinist Itzhak Perlman on a single day’s notice in a performance with the London Symphony Orchestra at the age of 18.

Shaham carefully perfects the vibrant, lively sound of his violin to create an unparalleled listening experience. His impressive solo recital program for the Dec. 11 concert spans composers and centuries, featuring classic and contemporary pieces. Shaham’s performance will include the following selections:

“Gil Shaham last performed in our classical Concert Series in the 2000-2001 season,” Wisconsin Union Theater Director Elizabeth Snodgrass said. “His original return to the Shannon Hall stage was scheduled during the 100th anniversary season of the Concert Series in March 2020. We are so honored to finally present this return engagement as part of the David and Kato Perlman Chamber Music Series and are so thankful for Dr. Kato Perlman’s support in making this concert possible.”

Recognized worldwide for his musical mastery, Shaham has received many prestigious awards and acknowledgments, such as the Avery Fisher Career Grant in 1990; the Grammy Award for Best Chamber Music Performance in 1998; and the Avery Fisher Prize in 2008. Musical America named him Instrumentalist of the Year in 2012.

Patrons may choose to purchase a ticket for the in-person concert or a virtual livestream of the event. Patrons can purchase single tickets for this concert through the event webpage or at the Memorial Union Box Office.

The Wisconsin Union team is dedicated to creating a safe environment for all patrons and team members and upholding the highest cleaning and sanitation standards. The Union team thoroughly and regularly cleans and disinfects its spaces, including performance spaces. In addition, the Theater has established a temporary health and safety measure to ensure 20 feet of space between performers and audiences in performance spaces.

Patrons and team members are required to follow the current University of Wisconsin–Madison health and safety protocol of wearing a face covering when indoors on campus, unless actively eating or drinking. The Wisconsin Union Theater team will continue to monitor and follow university guidelines.

Click here for more information about the Gil Shaham performance.