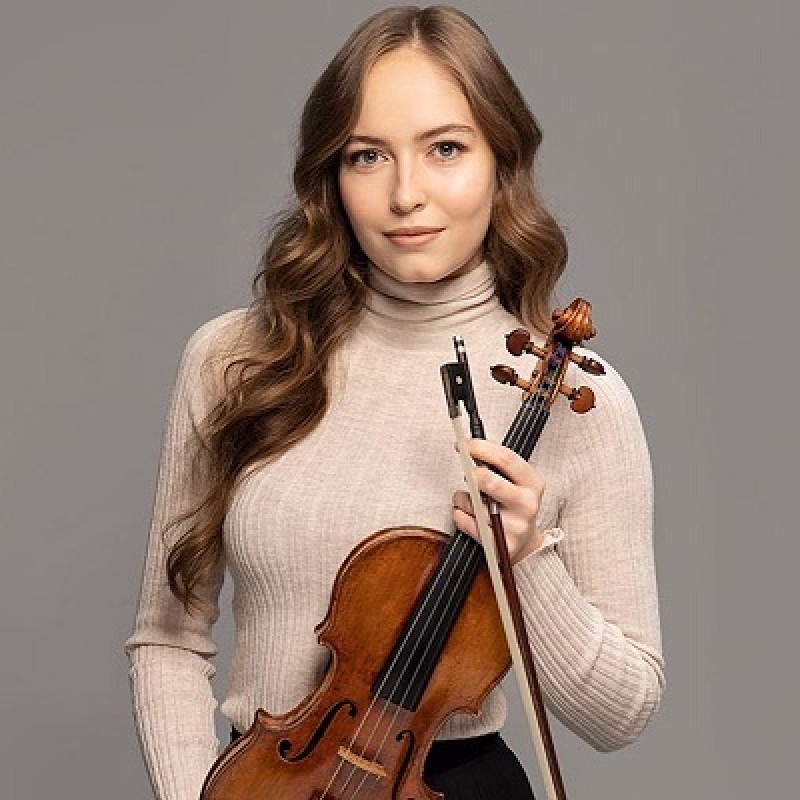 Pure, honest, remarkable and from the heart — these words have been used to describe the artistry of violinist Geneva Lewis. She will perform with pianist Evren Ozel on Jan. 27 at 7:30 p.m. CST at Shannon Hall in Memorial Union as part of the Wisconsin Union Theater’s Concert Series.

Patrons can purchase virtual and in-person tickets online, by phone at (608) 265-2787 or in person at the Memorial Union Box Office. Wisconsin Union members, guests under the age of 18, and University of Wisconsin–Madison students, staff and faculty are eligible for discounted tickets.

The program will feature the following compositions:

Lewis has become known in part for the incorporation of contemporary and lesser-known artists in her performances, both of which are reflected in the Jan. 27 program. For instance, while Lilburn is an influential composer and famous music figure in New Zealand, musicians rarely perform Lilburn’s music outside of New Zealand. And the program spans centuries of compositions, ranging from 1812 to 1997.

Audience members will hear her perform the program on a c. 1770 Zosimo Bergonzi violin on loan from the Guarneri Hall NFP and Darnton and Hersh Fine Violins.

This dynamic artist has captivated audiences since the age of 11 with a career that includes performing with ensembles around the world, such as the Orpheus Chamber Orchestra and the Auckland Philharmonia Orchestra.

In an interview with the American Symphony Orchestra, Lewis said, “I just really want to make art that I believe in, and I want to connect with people and hopefully just share a lot of experiences through that music.”

Joining Lewis for this performance, Ozel began studying music at the age of 3, before most children even learn to read when his father discovered that the artist had perfect pitch. Hailing from the Midwest, this gifted, internationally renowned artist now performs with creativity and passion around the globe, earning praise for his smooth and engaging artistry and countless recognitions.

Ozel’s awards include scholarships from the Chopin Foundation of the United States and YoungArts Foundation, 1st prize at the Boston Symphony Orchestra Concerto Competition, and 2nd prize at the Thomas and Evon Cooper International Competition.

Audience members will have the opportunity to experience his precise and passionate musical interpretations as he performs on the Wisconsin Union Theater’s historic Steinway Concert Grand Piano.

“The performance by Geneva Lewis and Evren Ozel promises to be nothing short of captivating with its bringing together of these two chamber music stars,” Wisconsin Union Theater Director Elizabeth Snodgrass said.

Patrons can click here to learn more about the Jan. 27 performance by Lewis and Ozel.