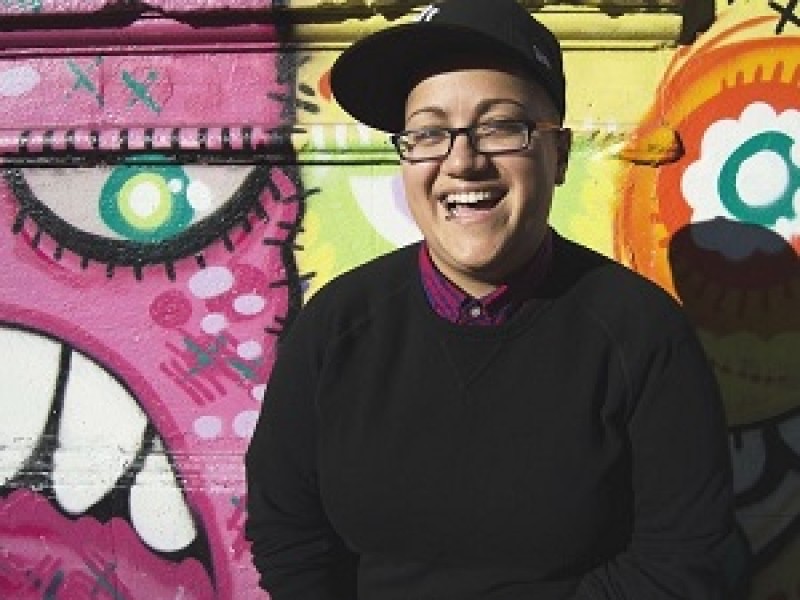 What can we do to support the ideas of diverse artists and empower young, diverse voices to tell their stories? A Wisconsin Union Directorate (WUD) Distinguished Lecture Series (DLS) Committee online discussion with comic book writer and novelist Gabby Rivera will address those questions as well as the topics of power and privilege on Oct. 20 from 7-8:15 p.m. 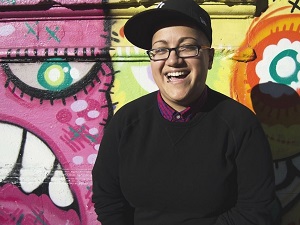 The talk, called “Inspiring Radical Creativity: In Conversation with Gabby Rivera” will include a moderated conversation followed by a question and answer session. The event will be streamed on the WUD DLS Committee YouTube page and on the UW-Madison Latinx Cultural Center Facebook page. All are welcome to attend this virtual event.

Rivera grew up in the Bronx and began writing when she found herself uninspired by the books and pieces about which she learned in school. At 19, she found a café that included poetry, hip hop, dance and theater performances and was most famous for Latinx spoken word poetry. Inspired by her experiences at the café, she began honing her spoken word poetry skills and to write what would become her first novel, titled “Juliet Takes a Breath,” which has been called dazzling, funny, and poignant.

The success of that book got the attention of Marvel Comics, who then emailed Rivera about writing a comic. Rivera remembers the simple, four-line email vividly and the joy that followed as she became the first Latina to write for Marvel Comics. Rivera became the writer of the Marvel series “America,” which includes Marvel’s first lesbian, Latina superhero. She is now working on “b.b. free,” her first original comic series.

“Prepare to be inspired by Gabby Rivera. She is talented, creative and deeply passionate about encouraging everyone to tell their own stories,” said Caoilfhinn Rauwerdink, associate director of marketing and outreach for the WUD DLS Committee. “She believes the encouragement of storytelling helps create a radical space for creativity.”

When not writing, Rivera speaks around the country about a number of topics, including her experiences as a queer Puerto Rican, and works to make a difference with a number of organizations, such as GLSEN, a national education organization focused on creating and supporting a safe, supportive, and LGBTQ-inclusive K-12 education.

The WUD DLS Committee presents this event in collaboration with the Latinx Heritage Month Planning Committee overseen by the Latinx Cultural Center, the Gender and Sexuality Campus Center, the Open House Learning Community, and the Social Justice Resource Center.

The WUD DLS Committee holds talks by experts in a variety of areas to encourage thought-provoking conversations.

WUD DLS is one of 11 WUD committees and six Wisconsin Hoofers clubs that make up WUD. As the programming and leadership board of the Wisconsin Union, the student-led clubs and committees create thousands of events each year.

Those interested in attending the upcoming talk with Rivera can learn more about the lecture here.