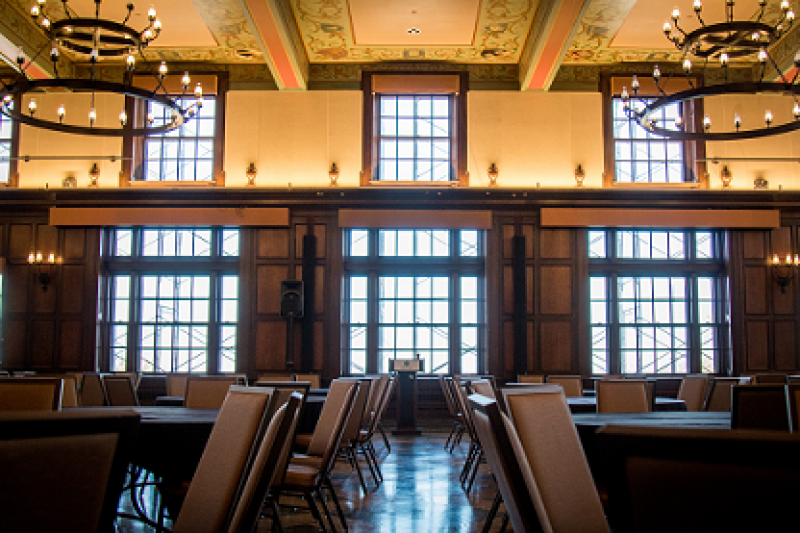 The Wisconsin Union team will reopen the central core and east wing of floors two through four in Memorial Union on Sept. 15, marking the completion of the Union’s more than five-year restoration effort, known as the Memorial Union Reinvestment (MUR).

The central and east portions include treasured gathering places and versatile meeting rooms, such as Main Lounge, Great Hall and Tripp Commons. 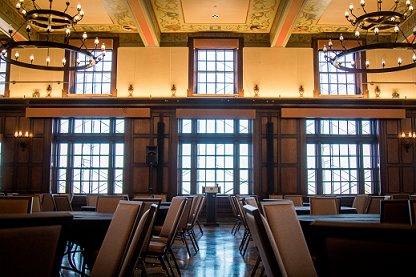 "This reopening means the Union’s student leaders will be able to make the most of Memorial Union,” said Iffat Bhuiyan, Wisconsin Union president. “This is an opportunity for us to be an even more active, positive force in our community.”

The Union team will hold a free Memorial Union event spaces showcase event on Oct. 10 from 2-7 p.m. during which the team will offer building tours, giveaways and free samples from the Union’s catering menus. Those interested in attending must register in advance at union.wisc.edu/showcase.

MUR began in the summer of 2012 with a groundbreaking that marked the start of phase I of the project.

During phase I, the Union’s west wing underwent construction, including but not limited to der Stiftskeller, Outdoor UW, Shannon Hall and the Craftshop, which became Wheelhouse Studios. This first phase also included rebuilding 800 feet of the Lake Mendota shoreline, installing a new swimming pier and renovating the Brat Stand.

Phase I work in the west wing concluded in 2014. It included opening the brand new Class of 1925 Gallery, featuring student-curated art; and debuting the new Shannon Sunset Lounge, which serves as a gathering and lounge space.

The final phases of construction began in fall 2015 with efforts to address needed updates and renovations in the central core, in the east wing and on the Terrace. The Terrace reopened in spring 2016 in time to provide a gathering space for the 2016 graduating class, and Memorial Union’s first floor reopened in December 2016.

With the reopening of the east and central portions of floors two through four, the first comprehensive restoration of Memorial Union since the iconic building opened in 1928 comes to a close, and a new chapter in Memorial Union’s history begins. 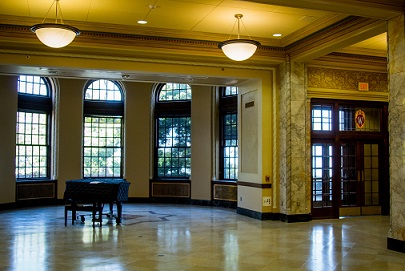 “We have an opportunity to see what we can provide to the community with the restored Memorial Union,” said Mark Guthier, Wisconsin Union director. “I’m excited to see what’s possible.”

While construction is complete, work by craftspeople will continue throughout the academic year, including efforts to restore murals. This work may, at times, require temporary closure of some spaces.

“While we’re still putting the finishing touches on Memorial Union, we wanted to fully open Memorial Union as soon as possible so members, students, staff and faculty could make the most of all that the Union offers,” Guthier said.

MUR has been funded by segregated student fees, private donations and Wisconsin Union operating revenue. The Union is a self-supporting organization operating without any tax dollars.

Those interested in learning more about the reinvestment effort may visit unionreinvestment.wisc.edu.