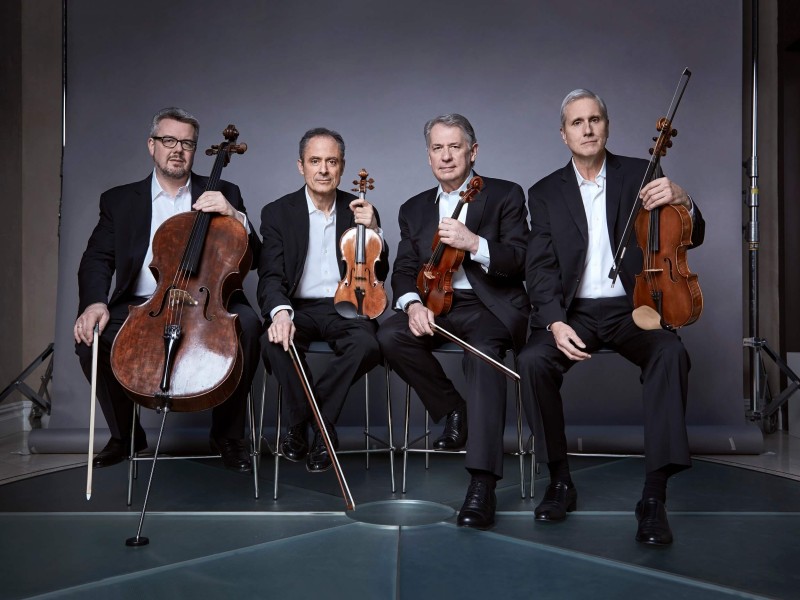 The timeless beauty of music by Beethoven, Mozart, Robert Schumann, and Andrea Casarrubios will usher in the Wisconsin Union Theater’s renowned annual Concert Series in Shannon Hall at Memorial Union with performances by the Emerson String Quartet on Sept. 24 and the Manhattan Chamber Players on Sept. 29.

The official start of the 2022-2023 season is bittersweet as the event will be the only Wisconsin stop on a farewell tour wrapping up the Emerson String Quartet’s 47-year career. The musicians have been honored with nine GRAMMYs, three Gramophone Awards, the Avery Fisher Prize, and Musical America’s Ensemble of the Year Award over nearly five decades.

The Emerson String Quartet will perform the following compositions by Ludvig Van Beethoven:

Patrons only have to wait five days after the Quartet’s performance to enjoy a performance by the Manhattan Chamber Players at Shannon Hall on Sept. 29. The dynamic program spans centuries and will include:

With its exuberant performance and instrumental prowess in the viola, violin, cello, piano, clarinet, flute, oboe, and harp, the Manhattan Chamber Players promises audience members not just a performance, but an experience.

The Wisconsin Union Theater’s chamber music series, the Concert Series, will continue through April 2023 with the following additional performances:

The team offers virtual and in-person attendance options for all Concert Series shows.

Patrons can purchase an in-person ticket subscription to all Concert Series events at a 20% discount through Sept. 23 or until sold out. Patrons can also purchase single tickets to these performances. Wisconsin Union members, patrons under the age of 18, and University of Wisconsin–Madison students are eligible for discounted single tickets.

Patrons can purchase tickets online, by phone at (608) 265-2787 or in-person at the Memorial Union Box Office.

“The Emerson String Quartet and Manhattan Chamber Players performances at Shannon Hall are opportunities to experience technically challenging, beautiful compositions performed by some of the most talented artists in the world,” Wisconsin Union Theater Director Elizabeth Snodgrass said. “Shannon Hall is designed to provide exquisite, world-class performing arts experiences, from its acoustic design to its technology, and is the perfect opportunity to experience the full beauty of live music.”

Patrons can click here to learn more about the Concert Series performances.