While studying at the University of Wisconsin–Madison, slam poet and interdisciplinary artist Shasparay ‘20 saw that Black arts had not been given the attention or platform that it deserved in Madison, Wis., and became determined to help change that. Her talent, hard work and passion led to the creation of the interdisciplinary arts event series the Black Arts Matter (BAM) Festival, which will return for its third year March 23-26, presented by BAM Festival Founder and Artistic Director Shasparay and the Wisconsin Union Theater.

Plans for the Festival, which will occur at Memorial Union, include a national poetry slam, a panel discussion, music and dance. Festival planners are offering tickets for each individual event as well as the option to purchase a poetry slam pass for all poetry slam rounds.

Tickets range in price depending on the event, from about $10-$50. The Theater team and Shasparay are making a limited number of three-day poetry slam passes available for sale through which patrons can experience all three days of the slam at a discounted rate. Patrons are also eligible for an early bird discount on poetry slam all-session passes, if they purchase tickets by March 7. In addition, UW–Madison students can purchase discounted tickets for some BAM Festival events.

“We are unbelievably excited at how this year’s Black Arts Matter Festival is shaping up. Shasparay has helped curate an incredible line-up of poets for the poetry slam, and getting to see her in the role of performing artist in her one-person show is also going to be a highlight,” Wisconsin Union Theater Director Elizabeth Snodgrass said. “The whole Festival is a don’t miss, so everybody should clear their calendars and spend all four days at the Memorial Union!”

This series is made possible with support from the National Endowment for the Arts, the Brittingham Trust, the Evjue Foundation, the Dane County Arts and Cultural Affairs Commission, the Green Bay Packers Foundation, and the Wisconsin Alumni Association.

Those who would like to support efforts like this can give to the André De Shields Fund here. The Fund supports artistic projects and performances created, performed, designed, or produced by BIPOC and other people who are historically underrepresented on stages and in audiences.

For more information about the BAM Festival, click here. 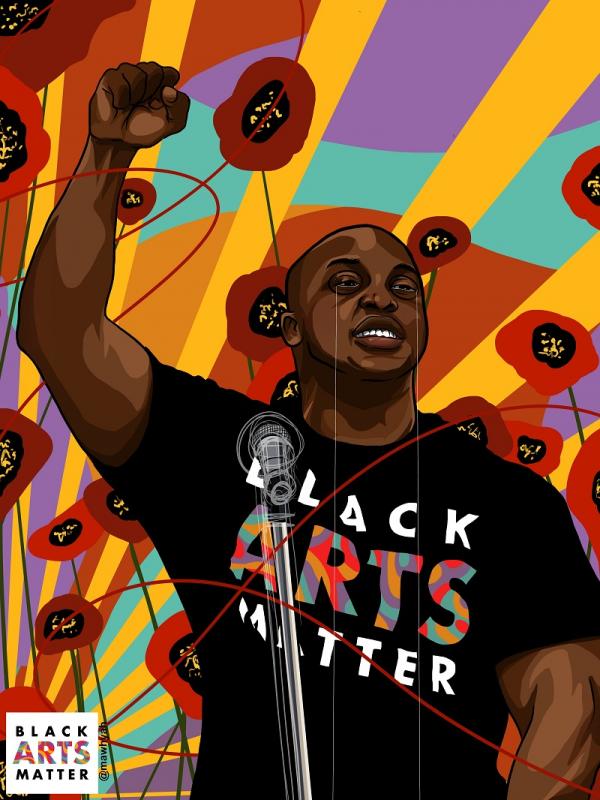